Pegs and Jokers is a North American race game for four, six or eight players, using playing-cards to move pegs around a board. It is also sometimes known as Jokers and Pegs.

Pegs and Jokers is a partnership game played with standard playing-cards on boards that are generally home-made. It allows extra scope for strategy by giving players a choice of cards to play. Each player has five pegs, and the winners are the first team to move all their pegs from their START area to their HOME areas. 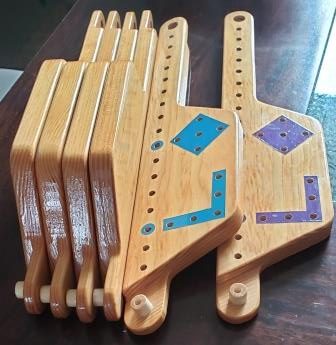